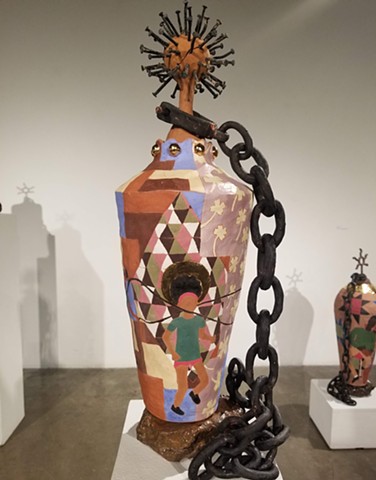 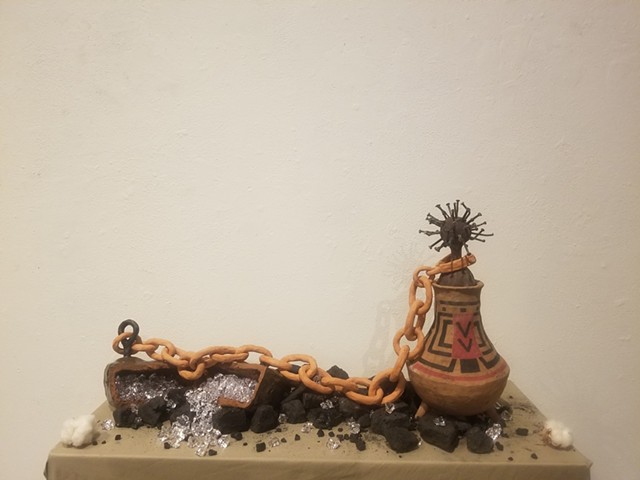 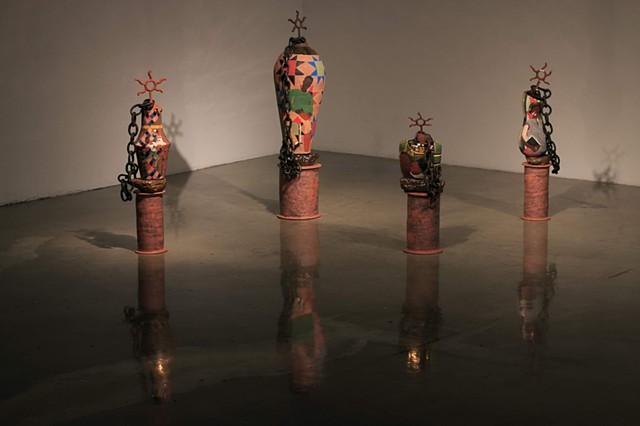 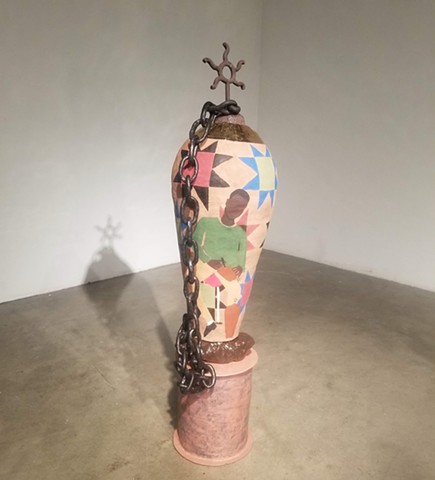 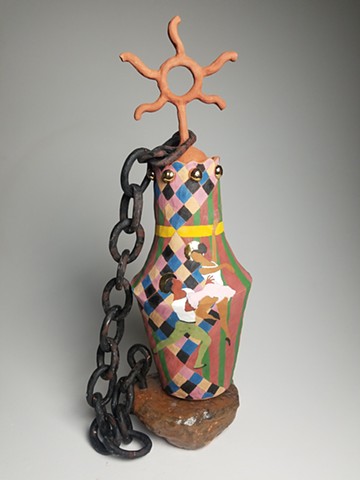 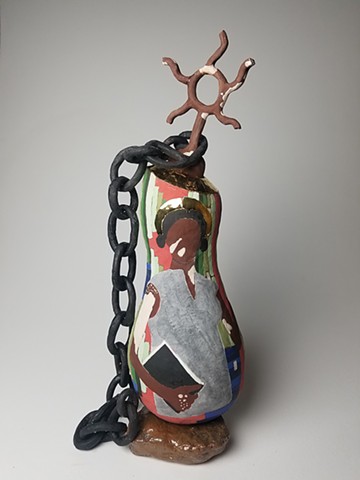 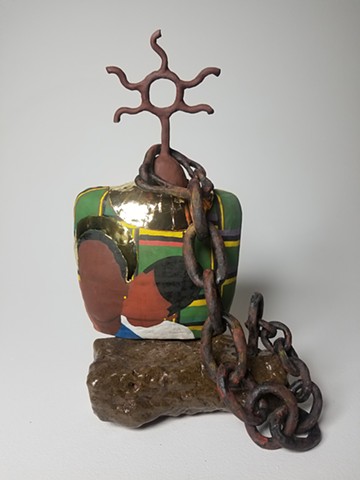 My work’s intention is to help maintain African Americans’ place in and on ceramics by honoring Black lives through imagery, color and pattern. I make ceramic urns as a way to address the lack of honor Black lives received during American slavery. Most Black slaves were buried in random plots of land in forests by the White slave owners without any respect given towards the body and the life of the person. My ancestors lost the ability to practice traditional forms of funerary practice due to assimilation into present day American culture. For the many slaves that were not properly buried, I create my sun urns.

The lids for the vessels represent the sun, the sun stems from the belief of a sun God by many pan-african cultures which represents life and rebirth. The suns with nails stem from the nkisi figures of the Congo peoples. The act of hammering a nail into the figure activates the powers of the Gods and ancestors. The vessel forms are created with the influence of west coast and central African groups’ vessel forms, as well as, features of the body. The gold luster around the rims of the ceramic vessels represent jewelry as a way to adorn and uplift African American bodies. While the gold halo around the person(s) represents the owner of the urn. The golden halo and the coal are taken from Christianity because of the reality of African American assimilation. One reason for golden halos in religious art is to speak to saints’ holiness and high value. The coal comes from the Book of Isaiah where burning coal was used to cleanse him and give him worth when he was previously viewed as “a man of unclean lips who dwells among people of unclean lips”. The coal, an item with negative associations, was used to give Isaiah worth and value. The chains and rock represent the history of African Americans being “chained” to the land we were forced onto, and the stool serves as a headstone base for the urns as a way to uplift the vessels enough to appear significant while also being low enough to create an opportunity for the viewer to get closer and more intimate with the pieces if they overcome the tension and fear of “getting too close”.

The patterns serve as a language inspired by the communication pan-african cultures used on their quilts and textiles. I start with the pattern and read the pattern I created to determine what kind of person I believe the urn belongs to. This process allows me to feel a connection to how many of my ancestors communicated with one another through the textiles they created. The faceless African Americans serve as a reminder that though the inspiration for this work started with my desire to honor the Black slaves who were not accounted for respectfully, their lives and our’s today are still not respected by our society allowing for African Americans to view this work and see themselves reflected, and hopefully feel that at least in that moment they are important and matter.